At the end of every day, as he rests from his labors, every man asks himself, “Have I made my spouse and children proud? Did I make their worlds at least a little bit better?” Ever a caring husband, father, grandfather, co-worker and friend, this is the way that Stan Morris lived his life.
When I first learned of Stan’s illness, I was shocked and saddened. My heart went out to him and his family as I couldn’t imagine the pain they were all going through. I was also saddened that the last time I had seen Stan was his retirement party almost over 8 years earlier; I specifically remember telling him that I’d be sure to stay in touch and we’d do lunch sometime soon.Although we all have good intentions, life seems to sometimes get in the way. We all have crazy schedules that take us in different directions but I couldn’t believe l let it go that long without visiting my friend.

When Stan was hospitalized, another good friend, Kim Richardson and I made a commitment to stop in and see Stan as many times as we could when we were in the area. Some of the times we met up and went together to see Stan, where other times we went on our own.  Each visit was unique; We talked baseball, shared some stories, laughed about the good old days and there were times that we shed tears together.

We also took the time to find out more about his past, and here’s what we learned…

Stan Morris was born on July 4, 1944 in Montreal, QC. When he was only seven years of age, he moved to Toronto with his parents and older brother Frank.

Growing up, Stan classified himself an average student. “I generally only got 60’s-70’s,” he recalled. His favorite subject was Geography because he loved to travel.  He loved the United States, “mid-east or central 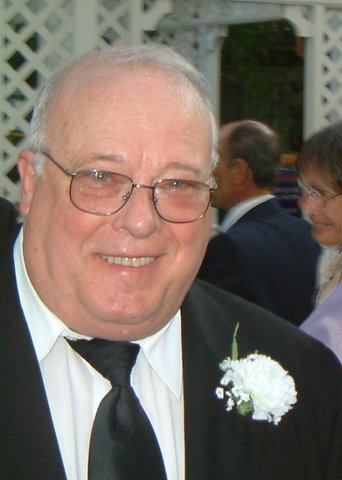 south especially” he said. We asked him if he could go anywhere that day, where he would choose. “South Carolina”, he blurted out. I just love the people there, the food is incredible and they have some of the nicest golf courses I’ve ever seen”.

He claimed his worst subject was English. He asked me to guess what I felt his best attribute was.  I immediately said his people skills; I was always in awe of how he could talk to anyone on any level and make them feel comfortable. Although I was close, many bosses had told him it was his uncanny ability to write letter for them in such a way that even an employee they had to let go wouldn’t feel too bad about their departure.
When I asked him if he remembered who his first love was, he chuckled. It wasn’t a ‘who’ but rather an ‘it’. He said, “My first real car. A 1941 Ford Coupe, light puke green.” He had purchased it when he was only 16 years of age.

Their father was a dealer for a grain and feed and their mother was a homemaker. Tragically, when Stan was only 11, his father passed away from rheumatic fever. Stand was holding his father in his arms when he took his last few breaths. I can’t imagine how tough that would have been for an 11 year old to experience.

Stan dropped out of school when he was only 16 to help his family make ends meet. His first “real job” was grading chicken in a poultry farm (Broadview Poultry Farms). Even though he wasn’t old enough, he talked his way into allowing the poultry farm into allowing him to drive for them when he was only 17.  Although it was only daylight hours to start, it was then that Stan realized that he wanted to spend a lot more time working behind the wheel of a truck.

He met his first wife when he was 16 and they got married in their early 20’s before they settled down to have his kids.  Together they had a daughter, Dawn, twin boys, Glen & Bruce, and a third boy, Richard.

By his mid- twenties he went to work for Lafferty Smith Express Lines in Belleville. A few years later he started at Jet Transport as the Terminal Manager, where he continued to take the odd load over the years to keep his skills up when required.  He estimated he’d been behind the wheel (off and on) for about 24 years.

When I first met Stan he was Operations Manager at TCEI (Transport Champlain Express Incorporated) which later became TST Truckload Express. For those of you that know Stan you know he has always had a passion for recruiting and attracted some of the finest O/O’s in the industry.  He also had some of the most creative ideas on recruiting drivers I have ever seen, including being a huge part of The Power-To-Drive program when he was at TST.

“Stan”, Kim spoke up, “if our sons were here right now, what’s the best advice you could give them if they were taking on roles in the trucking industry”?

Although Stan was heavily medicated, after thinking about it for a minute he replied, “Stay True….Keep your heart in it…Flog on forward with the industry…not as an individual.  Flog along together…they need you and you need them”. When we asked his biggest secret to recruiting all the O/O’s he replied, “Just be honest with them (about the opportunity). Too many recruiters today blow smoke up a driver’s ass and then wonder why they don’t stick around. “You know”, he said, “The biggest part of my life was driving truck.  What really pisses me off is the thousands AND thousands of our drivers that don’t get the recognition that they truly deserve.”

He met the love of his life Betty in late 90’s and they quickly formed a lasting relationship.  At the time, she was a hard-working, single mother of Jessica, a five year old sweetheart, who is now in her the last year of college and as Stan put it “is the light of our lives”.

When Betty became pregnant with their daughter Rebecca, Stan immediately focused his attention on how he could be the best dad in the world.  When Becca was born everyone was elated, but Stan was on cloud nine.  He couldn’t wait to show her off to his industry friends and she quickly became part of the TST Truckload team at many of the truck shows

Every time we visited, Stan loved to talk about his family, and especially Becca.  The walls in his hospital room were filled with amazing pictures she had sketch for him over his 4 months in the hospital.  “She’s the love of my life…my pride and joy,” he said. His advice for Becca was, “Be honest… if you meet someone and they are not the person…be honest. Be yourself…until you find the right one.”

When we asked him what his passion was, he immediately said spending quality time with “my girls”.
He really loved to spend with his Betty, Becca and Jessica. He also loved to golf and has always been a huge Hamilton Ticat fan.

As we were leaving and saying our goodbyes from one of our visits together, Kim said it best… “Stan, you are one of the most genuine individuals I know.  You have an uncanny way to talk to anyone, the same way.  You have no idea, how much I’m going to miss you.” Sadly on September 13th, Stan lost his brief battle with cancer. http://www.lifenews.ca/announcement/5842538-morris-stanley
A celebration of life was held on September 24th where his family, friends and industry friends paid their last respects. We all miss you Stan. Thanks for the ongoing support, commitment, dedication to the industry, but most of all your friendship.