Better health is something many people wish they could have. Many of us know that we need to eat better, increase our water intake, drink less, and exercise more, but life can sometimes get in the way, allowing us to use the excuses we keep telling ourselves.

On August 16th after spending three long days at our company’s AGM, I began to experience chest pains and was having a hard time catching my breath. I also started experiencing numbness in my left arm and left leg that wasn’t going away. Although I had experienced chest pains before, they always seem to go away with rest.  This time, things seemed to escalate more, which got my wife, and I bit worried. We decided it may be best to head to the hospital to get things checked out.

When we arrived at the Emergency room of our local hospital, my symptoms allowed for front-of-the line service, and  I bypassed all the other patients waiting. My blood pressure was through the roof, and because my father died at 46, they were not taking any chances.

After 5 hours of tests, which resulted in what appeared to be a clean bill of health, they discharged me, and I was on my way home.  Based on our family’s history, they were not taking any chances, and they arranged for a nuclear stress test with a cardiologist two weeks later.  They wanted to be sure there wasn’t more to it than just overdoing it. For the next few weeks, I took it easy and tried to watch what I was eating and drinking.

On the eve of my stress test, I had been listening to a podcast of a buddy of mine where he was talking about all the physical and mental benefits of a challenge he was doing. The challenge is called #75Hard. The benefits he was sharing far outweighed

His comments hit home with me, and I immediately committed on the feed of his podcast, that I would start #75Hard the next day.

Day 1 of #75 for me was also the same day as my stress test. It was truly time to make some radical changes to my lifestyle. 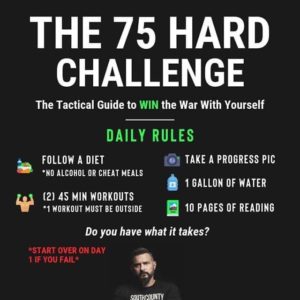 Why is it that many of us wait until we have a health scare, or know someone that had a health scare before we commit to making a change?

There are so many people that start this challenge and never end up finishing it because they don’t have a strong enough why. Having these chest pains were actually a blessing in disguise as it got me to realize it was truly time to make a change, but I truly wish I hadn’t waited until I had the chest pains to make a change like this.

What were my benefits of #75hard?

– Better relationship with my family

-Substantial Increase in my business

– Getting more shit done in a lot less time

They say failure is success if we learn from it, and sometimes we need a bit of a wake-up call before we say to ourselves that enough is enough.

Having chest pains scared the crap out of me and got me to realize how fragile life truly is. It was also the kick in the ass that I needed to commit to serious lifestyle changes. Small changes over time create lasting change.

If you’ve been thinking about starting a fitness program but keep putting it off because you have a crazy schedule, let me say this…THERE IS NEVER GOING TO BE A GOOD TIME! 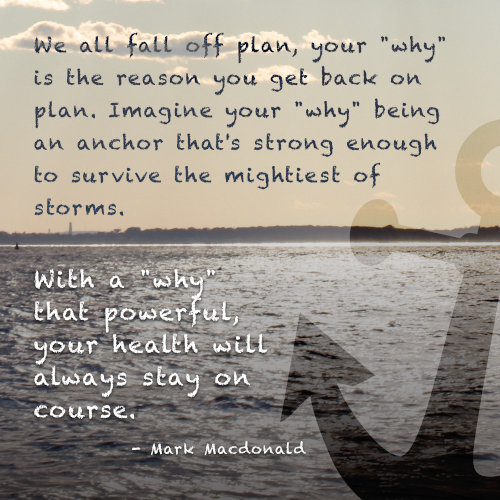 *All of this being said, I recommend taking a minute to talk to your doctor before beginning this or any other challenge to make sure it is a good idea for you, and ALWAYS listen to your body. If something feels off, get it checked out!