Sign In
Home /Columnists, Glenn Caldwell/Don’t Let Negative People Keep You From Seeing all the Positive Still Around You…

Earlier this summer, I replaced the lid of the fire pit in our backyard. It had originally rusted fairly quickly and I decided to contact the manufacturer, who agreed to send a new lid. Unfortunately, they didn’t send me a replacement for the chimney portion that was also full of rust. Within a few weeks of being exposed to the elements, the entire lid was full of rust again. I originally thought it was just the quality of the lid they sent me until I was at a buddy’s place who had the exact same fire pit. His was in pristine condition and did not show a single patch of rust. I was surprised to hear that he purchased his about the same time that I received my replacement lid.

Another friend, who owns an auto body shop that happened to be there at the time explained how things rust.

He went on to say that “rust creep” can occur when the rust gets under the coating and can work out from the center of the compromised coating. To stop It from creating, you need to remove the rust or seal it up.

I quickly realized it was the rusty chimney that caused the new lid to rust.

This got me thinking; “rust creep” can be compared to hanging out with someone that is constantly full of negativity. If you’re only occasionally around them and can keep your distance, their negative thinking, and comments
probably won’t impact you. However, if you’re spending a lot of time with them, their negativity is bound to affect you.

I’m sure we’ve all been in situations where we are around someone that is complaining so much so that we feel our attitudes start changing to reflect their negative outlook. My wife and I have tried to instill this into our kids, reminding them that the 3-5 people they spend the most time with will drastically affect who they become.

So, how do you keep a positive (rust-free) attitude when around these types of people?

It may be a good idea to have a heart-to-heart with that person and let them know how much their views impact your mood and mentality. If that doesn’t work, and they continue to drag you down, it may be time to ”remove the rust” by getting some distance from that person if you can. It’s hard to do sometimes, but it can be well worth it when your entire outlook on your personal and professional life is at stake.

Plus, who knows, it may just be the wake-up call the person needs if they weren’t aware of their habits in the first place. 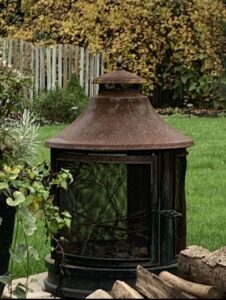 Research on drivers and safety!
Educational Offerings Included in Membership