Earlier this week I stopped by an OnRoute to catch up on a few emails and grab a cold drink.  I was only an hour from home, but I needed to take a few minutes to cool down and answer a few emails after a hot and busy day.

After buying a bottle of water, I sat down and got connected to the WIFI.  A few minutes later, a couple sat down in the booth beside me. The gentlemen was very obese and was having difficulty breathing, even with the oxygen tubes in his nose.  They were joined by their teenage son, who was carrying their entire tray of food. He and his Mom each had a grilled chicken sandwich, she had a salad and he had a baked potato. They both had water to drink. When I first saw the tray of food, I had assumed that it was the young boy that was having the crispy chicken and poutine, but was surprised when he slid it over to his father, along with a large soda. The dad removed his oxygen tubes from his nose and immediately started eating the poutine.

There was silence for a while as they ate.  It broke when I heard the son say, “Dad, why don’t you eat better?”

His father replied, “What difference does it make now?” as he pointed his oxygen tank.

The wife commented, “If you won’t do it for yourself, at least do it for Andy.”

That was the first time I remember tearing up at a Travel Center.

For the next few minutes, they didn’t say another word but I noticed he didn’t have any more of the poutine.

Right now, there are hundreds of thousands (maybe millions) of people in hospitals all over the world, wishing they could change places with you. People that wished they would have listened to their doctor when they told them a few years earlier that they needed to make a few lifestyle changes, quit smoking, cut back on drinking, eat better, exercise, etc. They sit in their hospital room day after day, reflecting on their poor decisions while they miss out on time with their family at home.

Their children are forced to take on more responsibility around the house with the unhealthy parent unable to fulfill their duties, with teenage kids sometimes even having to get a job to assist in paying the bills.

As these kids see their parents becoming more and more ill due to an unhealthy lifestyle, they experience an array of emotion, including fear, sadness, guilt, and even resentment towards the parent. Not to mention the pain and grief they go through for the rest of their lives once that parent meets their untimely death.

Many people are currently, and unknowingly, heading down this path, taking their current level of health for granted and assuming that a lifestyle change won’t do them any good at this point.

You may put on a few pounds if you just eat pizza, burgers and wings when you go on vacation for a week. Although you may feel sluggish for a few days, it’s probably not going to impact your health in the long run. But if that’s all you eat, day in and day out and you chose not to exercise, it’s bound to impact your health over a longer period of time.

I was listening to a video as I worked out this AM and heard this quote by one of my mentors, Jim Rohn that really helps sum things up. “Failure is not a single, cataclysmic event. You don’t fail overnight. Instead, failure is a few errors in judgement repeated every day”. 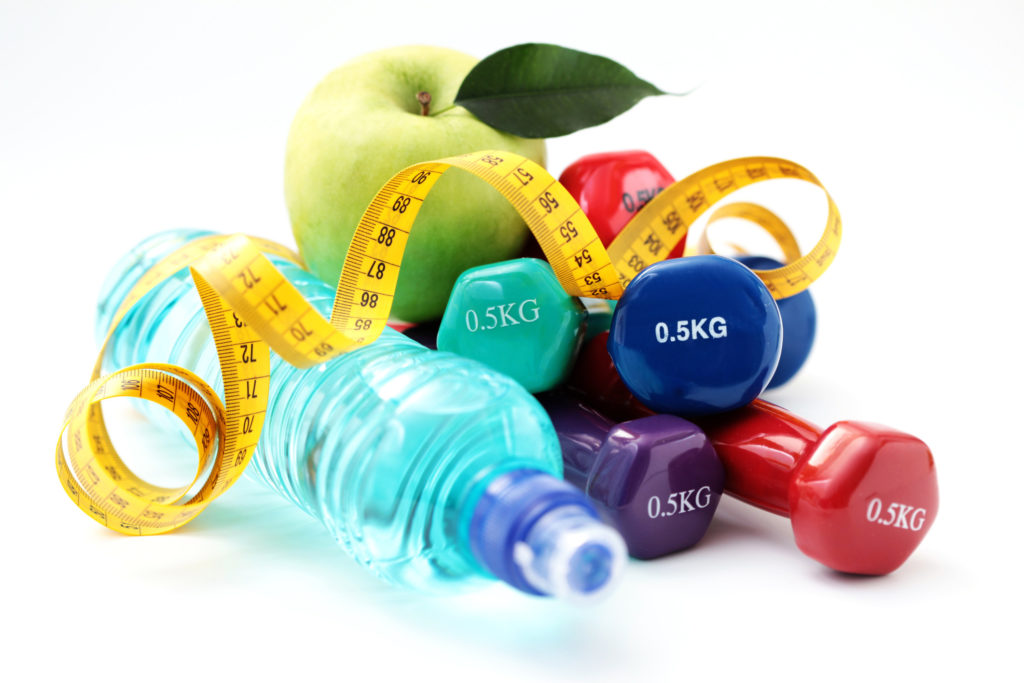 Folks, we all have our own “Andy” in our life.  Perhaps it’s your children, future children, your spouse, a niece or nephew, or your grandkids.  They all need you to start taking better care of yourself now, no matter where your health is at.  Small changes over time create lasting changes.

Picture your “Andy”, and decide what you’re going to change for them!  Start today!